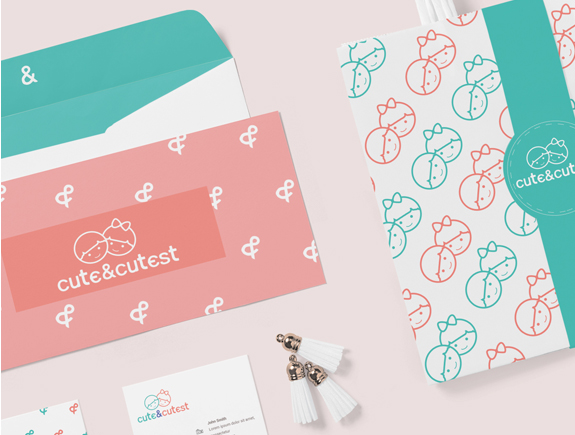 Successful corporate identity programs consist of logos, simple, unique, and striking graphic elements and color palettes that visually represent the core values, philosophy and business principles. One of the most important attributes of an effective identity campaign is a constant application of those elements in all forms of communication, from business cards to computer presentations and employees’ uniforms.

Identity is not a brand

In recent years, the term ‘corporate identity’ has been used alongside the term ‘branding’, especially by overly dedicated marketing consultants, public relations professionals, and even some creative agencies. The main difference is that an identity is a visual system used to define the goals, values, and characteristics of a company, while a brand is the impression that the market has on the company.

When starting a new corporate identity project, the most important thing is that the designer should maintain consistency. Consistency plays the pivotal role in the way that customers perceive a company or organization. While ultimately it is the quality of an organization’s products and services that will primarily determine the company’s success, corporate identity should be a direct reflection of those qualities.

If the identity varies significantly from one case to another, or if it is only partially present on the marketing material, a confusing message is conveyed. Such inconsistency can make the audience wonder about the legitimacy of the company.

Many identities stumble in terms of consistency the moment when they move from the old – already established identity to a new one. Instead of using similar color schemes, typography or graphic elements, some organizations suddenly try to change their appearance, thus completely destroying any resemblance to the old identity.

That results in a tumultuous transition and confuses customers. Instead of an unplanned application of attributes, the new identity should change gradually over time, while conveying clarity, complexity, and diversity in the process.

Corporate identities should be designed with long-term plans in mind, for periods of no less than five to ten years. The most successful identities have remained relatively unchanged for decades, the examples incliuding ABC (American Broadcasting Company), Westinghouse, United Airlines, and AT&T. Some identities, such as AEG (Allgemeine Elektricitats Gesellschaft), London Underground, and GE (General Electric), have existed for over 100 years.

What’s the purpose of a logo?

Packaging design is more important than ever
Scroll to top