The origin of propaganda and political marketing 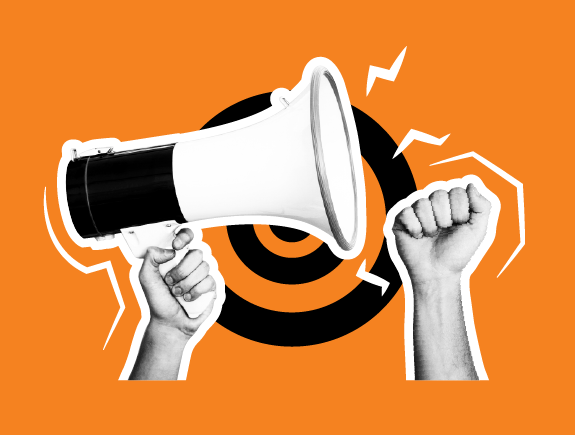 At the beginning of April, elections on all levels have been announced. It means we can expect loads of billboards, videos, posters, and other sponsored material political parties will use to promote their ideas and win our trust. High budgets and top experts are the ones who will be creating these campaigns because politicians and their parties invest a lot of money in their propaganda. It seems it has always been like that.

Though the term propaganda was first used in 1622 and became popular at the beginning of the last century, certain principles, perceptions, and manipulation from the leading governing structures were noticeable much earlier. 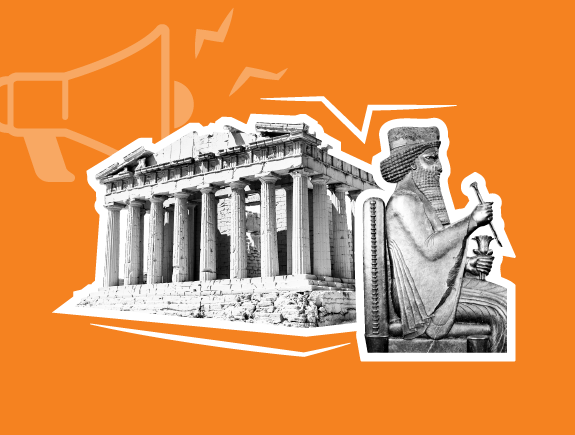 Ancient Greeks invented democracy, but they also invented propaganda. Though the oldest traces of propaganda could be found in Behistun inscriptions of Darius the Great, systematic usage of propaganda was first seen in Ancient Greece. Ancient Greeks used all available means to shape their attitudes and opinion of people. One of the means was art, theatre was often used to boost soldiers’ self-confidence.

Darius’ successor, the Persian emperor Xerxes, who led a war with ancient Greeks, didn’t kill the spies or war prisoners. He would show them the power of his army, weapons, and readiness to fight anytime. After that, he would bring them back to Athens where they would spread the fear and propaganda for his own purposes.

On the other side of Meditteranean, the Pyramids of Giza can be perceived as a means of manipulation. The ruling dynasties of ancient Egypt used them to create a personality cult and establish an absolute pharaonic rule. This was they emphasized their special, God-given status to make normal people feel small and insignificant. 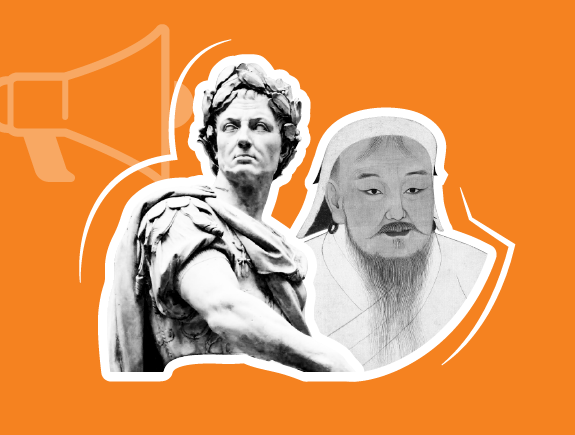 What ancient Greeks started, Romans continued. Julius Caesar used to send dispatches to all parts of his empire on a regular basis. He used them as a means to take credit for the positive things, while on the other hand, he blamed his subordinates and their bad decisions for the negative ones in order to consolidate his status and popularity among the population. These letters are united in the book “Records of the Gallic War”, which even today tells about Caesar’s achievements from a subjective and historically vague angle.

Using celebrities, such as singers, to promote politicians is not a practice that has recently started as it may seem to us. Frederick II, the emperor of the Holy Roman Empire, hired musicians who had the task to sing his achievements, this way creating a cult of personality. Friedrich also thought revolutionary about another tool of political marketing, he was the first to use posters for that purpose. Unfortunately for him, this was not particularly successful, because at that time most population was illiterate.

Genghis Khan, the creator of one of the world’s greatest empires in history, also used his conquests for propaganda purposes. Namely, he sent disguised people in front of his army, who had the task of telling fairy tales about the strength and greatness of his army, to spread fear and make him conquer territories more easily. 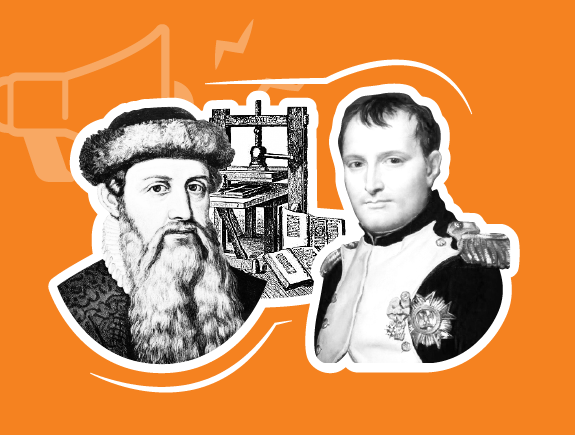 Although he was not involved in politics, Johann Gutenberg is one of the most important names in the history of propaganda. His invention, the printing press, gave the rulers a mass medium to manipulate and reach a huge number of people.

The importance of war propaganda, in which both sides convince the population that the others are to be blamed for everything, was realized by Philip II and Queen Elizabeth in the sixteenth century. During the Spanish Armada, both rulers used the press to justify their actions and exaggerate victories. They used propaganda in a modern manner.

Napoleon understood the power of the press and the importance of propaganda. He formed associations whose task was to spread ideas about the French Revolution among the population. He founded the public opinion service, the first organized propaganda group. He bought newspapers in the countries he intended to conquer and created a positive sentiment among the population who had the opportunity to read about his endeavors. He took artists, writers, singers to the battles whose task was to build the cult of his personality.

Napoleon’s example is great to see to what extent the media are in fact tools of propaganda. After he left the island of Elba and went back to Paris, the daily Le Moniteur reported: “The cannibal came out of his lair”; “A monster has landed from Corsica”; “The monster slept in Grenoble”; “The tyrant passed through Lyon”; “The usurper was seen 60 miles from the capital”; “Bonaparte is making great strides, but he will never enter Paris”; “The Emperor has arrived in Fontainebleau”; and finally “His Imperial Majesty enters the court, surrounded by his faithful subjects.” From cannibal to his royal majesty, in just 20 days. 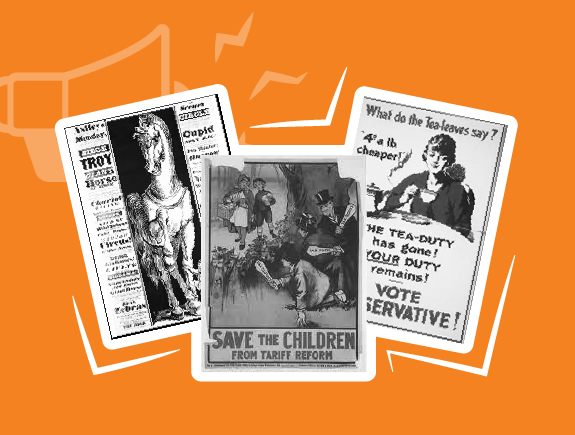 The first political posters appeared in the middle of the 19th century. But this period is more important due to certain things that happened and later on defined and enabled the propaganda as we know it today. This is the time of the creation of revolutionary and patriotic songs, national flags, everything that makes a symbol of a nation. These are symbols with an extremely great emotional meaning, they enable homogenization in situations of vulnerability, define us as a group and make us vulnerable to nationally oriented propaganda. 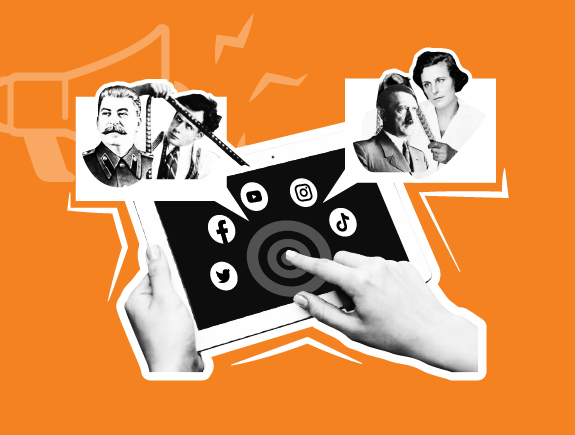 Film, television, and the internet enable the omnipresence of propaganda. The Soviets and Nazis used the seventh art to spread their ideas, created works of great artistic value, and formed people who would greatly enhance film expressions, such as Sergei Eisenstein and Lenny Riefenstahl, but their works were clearly propaganda in disguise.

In political marketing, television made its debut during John F. Kennedy’s presidential campaign. On the other hand, in the Eastern bloc, this medium was used to create a cult of personality.